Today, capturing your Mac's screen is one of the most convenient ways to document and distribute your work. Using screen recording software, your viewers can see exactly what you're seeing.

Since they are easy to use, they have gained widespread popularity among both business and private users. Even outside the realm of people making videos of themselves playing video games or uploading them to YouTube, their usage is increasing.

With the rise of the remote and hybrid workforce, many companies are turning to the best screen recorders to document and distribute virtual meetings, presentations, and training. Here are some of the top Mac screen capture applications, along with a brief description of their most appealing features.

Our team has collected a list of the top commercially available screen recording applications. You should carefully consider your requirements before settling on any one piece of software from the list. 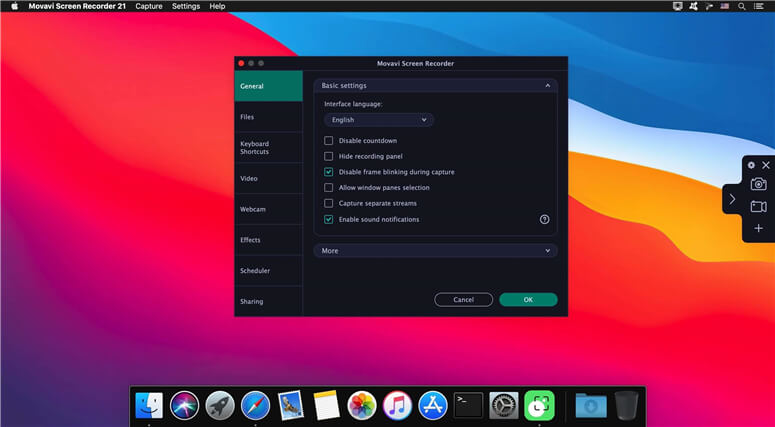 Whether you want to make a screencast, podcast, or instructional video, this is the tool for you. Take a picture with the camera, capture video screenshots, show how to use the keyboard and mouse, and more, all with the click of a button. After completing the recording, you may modify the video as needed, save it in a standard format, and then upload it to other sites online.

Open Broadcaster Software (OBS) is a free program that allows you to record and broadcast high-quality screen activities for as long as you want. The desktop program provides the option to record the full screen, as well as the ability to choose a specific region.

An audio mixer and programmable hotkeys facilitate the creation of recordings with high-quality audio. While the built-in screen recorders of most OSes are great for making screencasts, OBS goes a step further by including live-streaming capabilities. Live streaming is supported for YouTube Gaming and Twitch, as well as the ability to save projects and export video in FLV format.

Camtasia, which boasts the ability to record and edit video from your computer screen, is undoubtedly one of the finest screen recorders for Mac. Because of the many options available to fine-tune crucial features, it has proven to be successful.

The studio-like interface, complete with a layered timeline, facilitates easy editing and mixing, allowing you to produce professional-quality screencast recordings. Among Camtasia's many visual effects is a green-screen option that makes it seem like you're really in the video you're recording.

Camtasia videos may be made completely interactive, enabling viewers to click on hotspots in the video as they are being generated. The option to convert any clip into an animated GIF is another time-saving function. 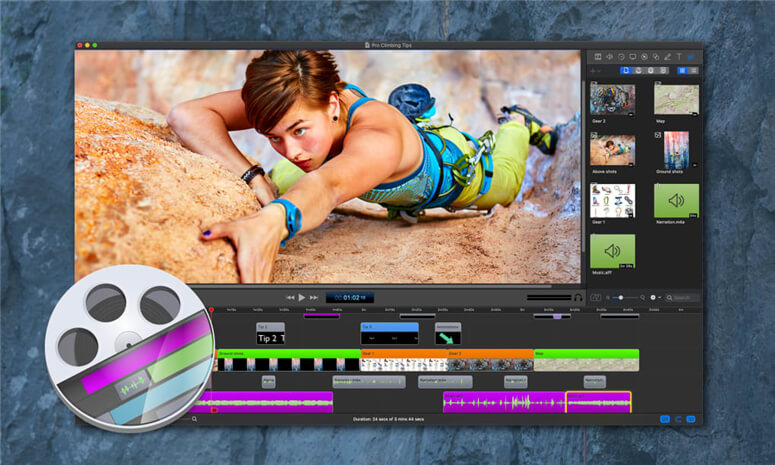 If you refer to ScreenFlow as a screen recorder, it's like calling Mount Everest a sandcastle. You may select to record from your camera and an iOS device connected to your computer simultaneously and from any number of displays.

Together with a closed caption editing tool that is very sophisticated and the ability to record audio from numerous applications at once, this is the ideal configuration for making video lessons.

All recorded material is saved to a single timeline to create a high-quality movie from raw footage rapidly. An intuitive interface simplifies adding annotations, callouts, and video animations. While recording an iOS device's screen, you may use a neat feature called touch callouts, which highlight certain touches and motions on the screen. 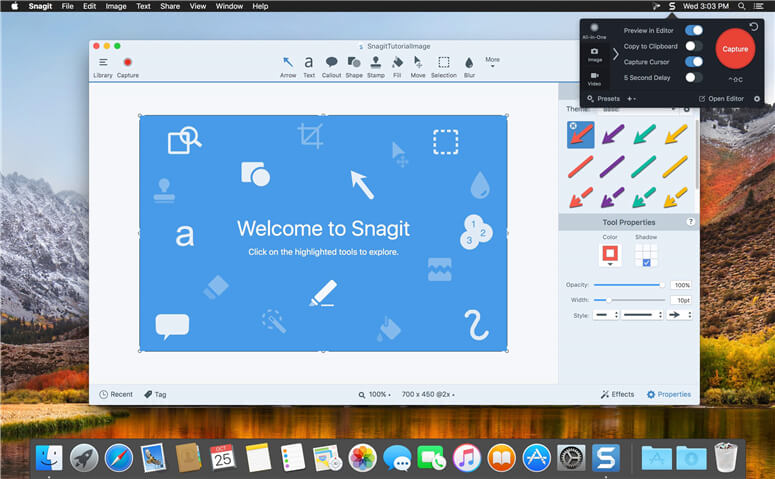 Here we have another piece of macOS-compatible software from TechSmith's screen recording suite. If you don't require Camtasia's professional capabilities but want the same dependability, Snagit is the best option. The interface is simplified and straightforward, which bodes well for new users.

Screen grabs (both static and moving images) may be annotated using this program. Concurrent screen and webcam recording, audio recording, and playback of previous recordings are all very useful features. Rearranging buttons or erasing text are just two examples of how you may utilize Snagit's drag-and-drop functionality.

The program can also identify text in screenshots and enable you to alter its size, color, and style and apply custom stickers. In the same way as its sister can, it has a special "scrolling capture" mode that allows you to record and share screenshots of whole web pages easily.

After researching and testing several Mac screen recorders, we settled on the 5 shown above as the most reliable and well-rounded options. If you're looking for free Mac screen recording software, remember that many of them have recording limits or missing functions.  We sincerely wish that this post has provided you with useful information on screen recording on Mac.

Note: If you lose important screenshots, screen recordings or other files on Mac, you can try Mac data recovery software to get them back.