What Is File System?

There are many different types of digital storage devices accessible these days. External hard drives, memory cards from digital cameras, USB flash drives, and various types of RAID arrays are just a few of the storage options that are already available.

Data is stored in the form of files (such as papers, photos, or databases) that must be arranged on the disk and quickly accessed when necessary. Suppose you're looking for a broad review of file systems and how they vary from one another in terms of data management on any storage device. In that case, this article can help you out.

A file system, often known as file management or FS, is a system for storing and retrieving data from a computer or other storage device (e.g., a hard drive). Typically, a file system comprises directories, which are collections of files.

Files and extra folders may be found in directories. Today, NTFS is by far the most widely used file system under Windows.

Having two files with the same name without file management would be impossible. Using a tree structure to arrange files is the most frequent method for navigating the working directory and its subdirectories.

There have been a variety of file systems in use throughout time on computers. The most popular file systems are shown below.

A file system is a form of index for all the data stored on a storage device. It serves as a repository for that data. This kind of storage includes hard drives, optical drives, and flash drives.

When naming files, file systems have established rules that govern their naming conventions, such as the maximum amount of characters in a name and which characters may be used. Many file systems don't care about the case when it comes to file names.

Metadata in file systems includes not just the file's name and size but also information on the file's properties, placement, and hierarchy. Metadata may also tell you how much space is left on the disk and how many open blocks there are.

An additional feature of a file system is the ability to define a file's path using the hierarchy of directories. Depending on the operating system, a file may be put anywhere in the directory hierarchy, including a subfolder. There are hierarchical file systems in both PC and mobile operating systems. 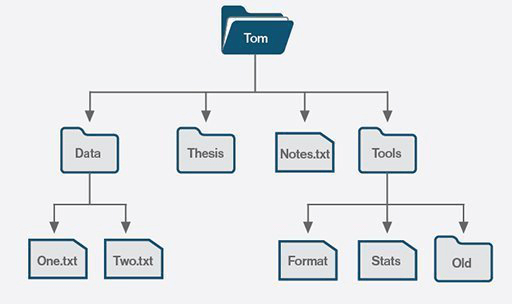 Partitioning the storage media is necessary before any files or directories can be stored there. Partitions are sections of the hard drive or other storage devices that are managed independently by the operating system.

The main partition has one file system, while some operating systems permit the creation of many partitions on a single drive. The data on a separate partition will be secure if the file system on one disk is damaged.

There are a plethora of file systems to choose from. Structure and logic, as well as traits like speed and flexibility, are unique to each of the several types. Certain file systems were developed with certain uses in mind.

However, these connections are not limiting. UFS file systems, for example, may be established for CD-ROMs and diskettes.

Without a file system, a storage device would hold a large amount of data that would be indistinguishable from the operating system since they would be stacked on top of each other. Consider a room that is overrun with stacks of paperwork.

The same would be true for a storage device without a file system, making it an ineffective piece of technology. I hope so, now that you understand the file system.