How to Fix A Frozen MacBook or Mac?

Quickly Delete All Caches on Mac

MacBook Is Running Slow, What to Do?

Three Methods to Clean Up Chrome on Mac

Although a frozen Mac is uncommon, Macs (like all computers) operate in cycles, and applications can become trapped in a loop. When this occurs, software like Word, or even the whole Mac OS, may become inaccessible.

In this article, we'll go through what to do if your Mac freezes, the spinning beach-ball/rainbow wheel appears, or you can't move your mouse or pointer, use the keyboard, force quit, shutter, switch off, or log in. In the worst-case situation, you could be concerned about losing work, such as a paper you're working on, and want to discover a way to unblock your Mac without having to shut it down.

Steps In To Fix Your Frozen Mac

To repair your frozen Mac, follow the procedures outlined in this article. We'll assist you in getting your Mac unfrozen and up and running again. You might also be interested in our entire guide to resolving some of the most frequent Mac difficulties, as well as How to fix a Mac that won't turn on or startup.

To unfreeze your Mac, follow these five steps. Below, we'll go through each one in further depth.

How to Force Uninstall a frozen program

The first step is to figure out whether macOS as a whole is affected or just one program.

If you can still use your mouse and keyboard, the problem is most likely caused by a single software. The rainbow wheel, often known as the spinning beach ball, the spinning pizza of death,' or simply SPOD, is often seen because the app's menus and symbols are unresponsive. There are a few techniques to figure out if an app is to blame for the problem. Unfreezing your Mac is frequently as simple as quitting and restarting the problematic app.

Close the app using one of the following methods (even if you're not sure which one is causing the issue):

Move to another region of macOS by clicking on another app's window or the desktop. Alternatively, you may go to another program by pressing Command-Tab. If your Mac was previously unresponsive, this should allow you to regain control.

Force Quit by clicking the Apple logo in the navigation bar.

If an app isn't responding, it will be marked here, and you may select Force Quit by clicking on it. 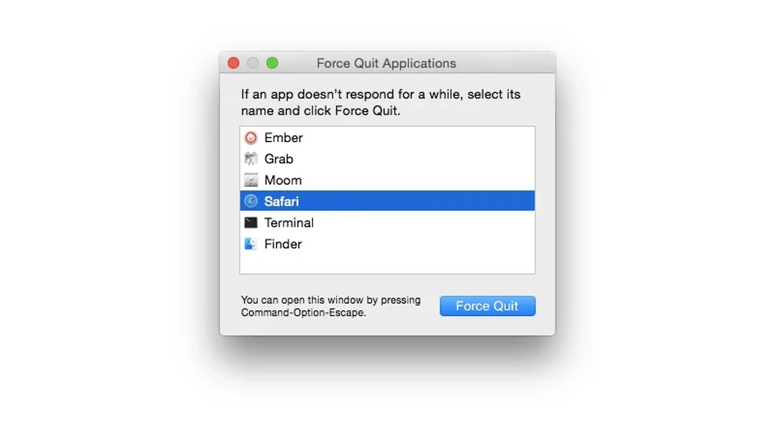 Another approach to inspect and close an app is to:

When you right/control-click on an application that only offers a Quit option, hit the Option/Alt key, and Quit will convert to Force Quit.

Those with a PC background may be familiar with the key sequence Ctrl + Alt + Delete, which is used to exit programs on a PC, and wonder what the Mac counterpart is.

To accomplish the same effect as Ctrl + Alt + Delete on a PC, press Cmd + Alt/Option + Esc on a Mac.

This will open the same Force Quit Applications option as before; it will not just close a program. In most cases, you'll be able to identify if a single program is an issue (usually because it's stuck in a loop and eating up too much memory), since you'll receive an alert (like the one shown below) alerting you that the app suddenly exited. 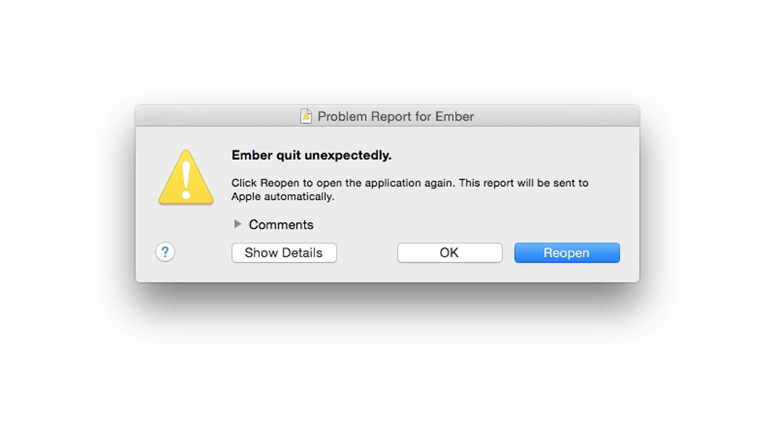 Is it possible that the crash was caused by a virus or malware?

Viruses are uncommon on Macs, therefore it's doubtful that the problem was caused by one. Scam websites, such as those that utilize the safari-get' attack, have been known to install malware on visiting Macs, leading them to open a large number of draft emails or iTunes windows, overloading the system RAM and causing it to lock up.

It is recommend to back up your Mac data regularly to prevent data loss.